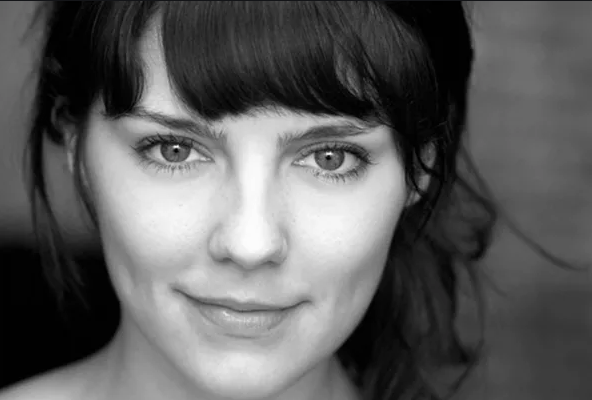 We thought you might like to read about some of our former members who have gone on to work on the professional stage with great success.

“One of our former members, Laura Pick (who played Joanna in the LAOS production of Sweeney Todd and Hodel in Fiddler on the Roof, both at the Leeds Playhouse) has in recent years been the standby Elpheba for the West End production of Wicked.  This year (2020), however, she became the newest full-time Elpheba and one of the absolute stars of the show.  We hope to see her return to that role in the near future when the show re-opens.”

“Jed Berry, who played Oliver in the LAOS 2008 production of the same name, was one of the 6 Angels in the West End production of Kinky Boots, a role he secured only 2 weeks after leaving the Guildford School of Acting.  Since then he has been cast as Elder Grant in the touring production of The Book Of Mormon.  Let’s keep our fingers crossed he can continue with that once the lockdown is over.”

“Another Oliver cast member, Bradley Judge, who played the Artful Dodger with LAOS, has appeared in professional productions of Hair, Salad Days, Pippin and Joseph and the Amazing Technicolour Dreamcoat.  Bradley’s mum, Laura, has appeared with LAOS several times, notably as Dorothy Brock in our most recent production of 42nd Street and as Vicki Nichols in The Full Monty.”

From the first LAOS production of West Side Story in 2006, our Maria, Laura Emmitt, went on to play Susan in the Channel 4 series Hollyoaks.  Previous to this, she appeared as Grizabella in the International Tour of Cats; other theatre includes Swing/Standby Elphaba in Wicked (London), The Sound of Music (Cyprus), alt. Eva Peron in Evita (UK Tour), Save the Last Dance For Me (UK Tour), White Christmas (Pitlochry) and Don’t Stop Believin’ Glee (UK Tour).

In 2005 LAOS were fortunate to be the first Amateur Society to perform at the West Yorkshire (now Leeds) Playhouse with a production of Jesus Christ Superstar.  Kristian Tiffany, who played the central role of Jesus in that production, has appeared as Darren in That Peter Kay Thing ‘The Ice Cream Man Cometh’ and as George in several episodes of Retrace on TV.

Jonathan Penton was successful in his audition for the title role of Sweeney Todd and travelled all the way from Loughborough to join LAOS for the show – and are we glad he did!  He also returned to play Emile de Becque in South Pacific in 2011.  Professional credits include Andre in Martin Guerre at the Leeds Playhouse and productions of Bombay Dreams, Cole Porter’s Jubilee and The Jungle Book, plus TV and radio work including Friday Night is Music Night, Casualty and Silent Witness.

Annabel Scholey was part of the My Fair Lady company in 2003 and also in one of our concerts at that time.  She has since played Lauren Drake in the BBC supernatural drama Being Human (2009) and the leading role of ‘Maddie’ in the musical feature film Walking on Sunshine (2014). As the Contessina de Medici in the television series, Medici: Masters of Florence she appeared with Dustin Hoffman and Richard Madden (2016). Other TV roles include Nina Defoe in Split.

For our production of Ragtime in 2007 we held open auditions and were fortunate that one of the attendees was Esme (then Leah) Sears, who was successful in securing the role of Sarah, one of the central characters in the plot.  Esme is another of our members to originate from the Midlands and was in Leeds attending the University.   She was looking to join a theatre group and joined LAOS for West Side Story and one of our concerts. For Ragtime we were looking for someone with her talents – you could say, a perfect match!  Since moving on Esme has appeared in numerous and varied roles on stage, film and TV, ranging from Bagheera in The Jungle Book at Derby Theatre to Cordetta Crimson Rose on film in The House of Violent Desire.  Her most recent appearance in Leeds was at the Playhouse in their Christmas 2019/20 production of The Wizard of Oz.

Another of our Oliver cast, Arian Nik, has taken his talents further and has appeared on TV in an episode of Killing Eve (Jay), Ackley Bridge (Yusef Ibrahim), Van Der Valk (Kalari Ramecker) The Bay (Theo Anvari) and is due to appear in Artemis Fowl (Kanker).

If there are any other former members who have gone on to do professional work, we’d love to hear from you.