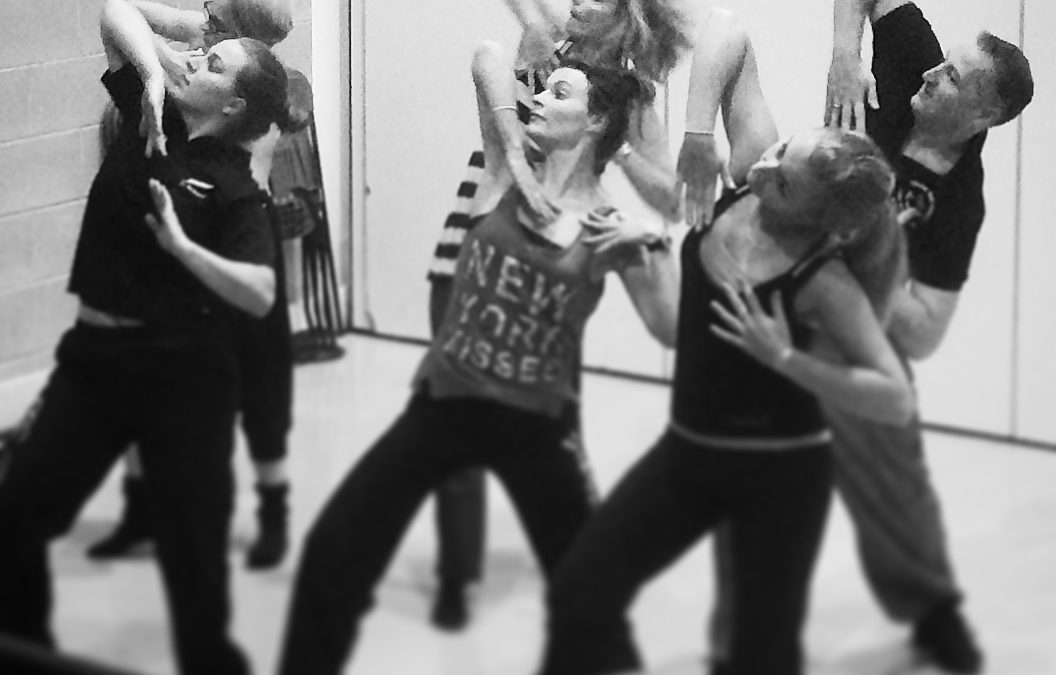 Aspects of Love is about the entangled love lives of Alex Dillingham, his uncle, George, George’s mistress Giulietta, the actress Rose Vibert and her daughter with George, Jenny. It’s about love at first sight and how powerful and enduring that can be, even over many years. It’s about the power of memory, of friendship, of loyalty and disloyalty. Sarah Buckley was excellent as the primadonna actress Rose Vibert, when she walked down the steps at the beginning she looked almost regal and put me in mind of Elaine Paige singing Don’t Cry For Me Argentina at Andrew Lloyd Webber’s 50th Birthday Concert, Evita is certainly a role she’d excel in. Fraser Wilkinson too was vocally adept at displaying a full range of emotions as he is swept up with, then let down by Rose. I enjoyed his playfulness too, with the instantly-endearing Sophie Downham, who played twelve-year-old Jenny.    Aspects of the plot were somewhat jarring, such as Jenny trying on George’s former wife’s dress but Ray Johnson’s portrayal of him as kind and eccentric made the character more sympathetic than creepy. All in all it was a solid, powerful, professional show that deserves to ‘change everything’ for its cast.

Aspects is a complex story telling of the many faces of love, the sort of musical people either like or don’t like, and this could account for the poor audiences during the week. For those who enjoy it, and it turned out that I am one of these, this was certainly a special treat.

The music cannot have been easy to learn and yet all the numbers were faultless and the singing from all principals was beautiful to listen to. Their diction was perfect making the story easy to follow. There are probably only two or three well known numbers in the show but there were some beautiful songs throughout. The cast were well supported by a sympathetic unseen orchestra led by Jim Lunt. All the principals from the young ones to the not so young played their parts to perfection and it would be unfair to single any one part out.

The ensemble do not have a vast amount to do but when they did appear they were a well drilled group. I must give special mention to the dancing. I have never seen such energy on stage and the clever choreography gave them intriguing moves, a delight to watch.

The simple but very clever staging with the moving staircases gave the cast different levels to perform on. The ease with which these steps moved and the swift scene setting enabled the story to flow smoothly.

Special mention must go to the superb costumes. The circus scene was quite short but so colourful and well dressed it was imprinted on your memory.

A wonderful, well directed show and for those who missed it, it was your loss.

Whilst reviewing amateur productions one is conscious of the possible unfairness of comparing them to high budget professional stage presentations. Not so at the West Yorkshire Playhouse, as Leeds Amateur Operatic Society’s production of Andrew Lloyd Webber’s Aspects of Love delights to a high quality professional standard production.

The story is based on a 1955 novella by David Garnett and takes place across Montpellier, Pau, Paris and Venice over many years. This is a difficult show to stage, requiring constant scene changes throughout. Director Jonathan Walker-Kane deals with this admirably, using a film screen above the stage to provide a reminder of the political and cultural events taking place across the story’s timeline.

The story examines different types of love with the flawed concept of free love being widely explored, ‘Life Goes On, Love Goes Free’. We experience the obsessive love of 17 year old Alex for provincial actor, Rose who then abandons him to live with his rich uncle, George. George provides Rose with an end to loneliness and the financial security and sexual freedom she craves whilst he maintains a long standing free loving relationship with Italian sculptor Giulietta. Eventually Giulietta, Rose and George form a ménage a trois. When years later, Alex is reconciled with Rose and George and is ardently pursued by their 15-year-old daughter Jenny, we see George’s protective fatherly love for Jenny.

Act one opens with mood setting choreography danced to the singing by Alex of the show’s most famous number ‘Love Changes Everything’. The black costumes worn by the dancers during this scene strikingly contrast with the white bed clothing of the central characters, helping to focus the audience on the story.

Jodie Bleming’s choreography is admirable and the standard of dancing is superb throughout with marvellous story telling capacity. Particularly enjoyable is the vibrant colour of the circus scene, where the dancer’s costumes thrills and excites the audience, reminding one of scenes from Lloyd Webber’s Phantom of the Opera. The attention to detail of the many period costumes worn throughout the timescale of the production is admirable, again promoting the passage of time from post war austerity clothing to the big dresses of the1950’s.

The quality of singing is very high in standard and is seemingly pitch perfect. The aging role of Alex is strongly depicted by Fraser Wilkinson’s expressive, tonal voice. The duet ‘Seeing is Believing’ prettily depicted the story from the individual viewpoints of both Alex and Rose. Rose is not a sympathetic character, yet Sarah Buckley manages to present her flawed and vulnerable nature in a manner with which the audience are able to identify.

The roles of firstly the child and later the adolescent Jenny are strongly sung by Sophie Downham and Megan Elsegood (surprisingly similar in appearance) and their bell like voice tones are a delight to listen to. Giulietta is played by Gemma Durkin whose voice is magnificent and rises to the challenges of the very complex mood tone changes required.

Ray Johnson’s depiction of George is entirely charming. His amiable face and ability to engage his audience draws one to his every word. As he charmingly dances with his daughter Jenny whilst singing, “I want to be the first man you remember, I want to be the last man you forget” he steals the show. This production of Aspects of Love comes highly recommended.

I cannot remember being as drained and overcome by a show as I was on this first night production of Aspects of Love by Leeds Amateur Operatic Society. The only other show that came near was another Lloyd Webber musical. I was at the original production of Phantom of the Opera, and when the Dress Circle had cleared, I was still sat in my seat. An usher had to come and ask me to move! Lloyd Webber first heard of the book of Aspects of Love  in 1979 and felt it was ‘a little jewel’. Things only came together in 1987 at his villa in the South of France after he drew in Trevor Nunn, Don Black and Charles Hart to help write the Libretto. Musically diverse, and operatic, Lloyd Webber has now tweeked and pulled out the original Aspects into almost a full blown musical, keeping always and conscientiously to the story of free love and passion in 1947 France through to the 60’s.

I have seen some wonderful productions over the last few years by this Society and last Friday was a first night performance to remember. Scenes wizzed by on this incredible open set with wooden high rise steps fanning out across the stage, moving in and out as necessary from a high walkway, topped by a pyramid screen depicting the time and place of the scene. The show was beautifully directed by Jonathan Walker-Kane. What a pleasure it was to see these amazing principals given movement using every part of this difficult set. Movement at one with the story and its’ intensity, and timed perfectly with the musicality of the score and of the singing.

This is a hard work show for everyone. Stage crew worked wonders. Costumes looked stunning. With many incredibly quick changes I asked how many dressers there were.  I was told there were at least 20  people around the whole of the back stage area to help. They deserve a special mention. Lighting design by Simon Lord was spectacular especially in the large ensemble numbers and John Trenouth was, as usual, his reliable self in charge of the sound system. A team of dancers excelled with Jodie Blemings the Choreographer. Jim Lunt was again Musical Director. Having an orchestra off stage is quite usual now, but with a 12 piece orchestra and  the timing and precision needed for the intricate music, his task and theirs cannot have been easy. They were outstanding.

There are really only five main characters in Aspects of Love, with four relatively smaller roles never the less well acted and important by giving great support. The range of acting talent within the abilities of the five main principals is unbelievable. They unfold this intricate searing storyline with amazing conviction and singing to leave the audience breathless. There is ideal pairing in Sarah Buckley as Rose and Fraser Wilkinson as Alex. Driving each other to despair. He madly in love, she manipulating, intense, never satisfied, using older men for her own ends, but loving too, and desperate never to be alone. Fraser’s singing of the wonderful ‘Love changes Everything’ caught our hearts. On stage he is the young hurt lover torn about by Rose, but still loving her throughout his life. What a delightfully splendid performance Ray Johnson gave as George, the uncle of Alex. Perfect poise and style and with a wonderful singing voice. He is settled in his beautiful villa, quietly noticing everything but saying nothing. His ageing and untimely death were very moving. Gemma Durkin is well known in our local areas, A fine actress and singer, here she plays the Italian sculptress Giulietta who is introduced to Alex. She is the person he turns to in the end. Jenny is the daughter of Rose and George. The younger Jenny played by Sophie Downham, who gave a delightful and assured  performance. The 15 year old Jenny, history repeating itself, believes she is in love with Alex. Megan Elsegood was so convincing, so sensitively distraught that here again we were moved to tears. Nicola Brook as Elizabeth, George’s housekeeper, gave a notable and excellent performance. She gave the role much character and wit with a certain amount of exasperation at the household she belonged to.     Actor/Manager Marcel was played by the accomplished Mike Porter,  and Rose’s downtrodden admirer Hugo played by Matt Jameson.

This is a show not to be missed. A masterpiece in technique.  Riveting, dynamic, breathtaking. Do go and see it. LAOS the Musical Theatre Company celebrate 125 years in 2015 with a Grand Ball. They are to give ‘Hairspray in March at the Grand Theatre. Also their autumn show will be the musical Legally Blonde.